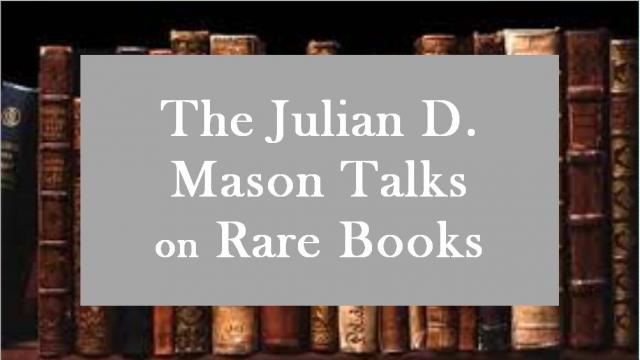 UPDATE: The health and safety of students, faculty, and staff remain UNC Charlotte’s top priority. The University has been monitoring the rapidly evolving situation around coronavirus (COVID-19) and has been working in close collaboration with local and state resources.

After careful thought and consideration, Atkins Library has decided to cancel Keeping It Real: How a Novelist Finds Inspiration and Authenticity in Archived Material scheduled for March 19. This was not an easy decision, but a necessary one in protecting the health and well-being of our campus community. We will let you know if we are able to reschedule this event.

Susan Rivers, author of The Second Mrs. Hockaday (Algonquin 2017) and the upcoming novel, Troublefield,  will present Keeping It Real: How a Novelist Finds Inspiration and Authenticity in Archived Material.

She will discuss her use of archived material in creating the detailed world of a novel set in the past. Rivers will demonstrate how true events uncovered in historical manuscripts, records and photographs can inspire fictional plots, as they did in her novels.  She relied on such research in her first novel about a Civil War soldier’s wife accused of murdering her baby, and in her upcoming book, which is based on the double-lynching of two men in a Carolina cotton mill town who were accused of sexually assaulting a white male mill worker. In addition, the author will explore the critical role played by primary sources in crafting authentic character voices. Q & A will follow the presentation, and Rivers will sign copies of her book. Presented by the Julian D. Mason Talks on Rare Books.

Susan Rivers began her writing career as a playwright, receiving the Julie Harris Playwriting Award and the New York Drama League Award, working as an NEA Writer-in-Residence in San Francisco, and being named as a finalist for the Susan Smith Blackburn Award for British and American Women Playwrights.

Fiction became her focus after moving to the Carolinas in 1995.  She holds an MFA in Fiction-writing from Queens University of Charlotte in North Carolina and was awarded a Regional Artist Grant from the Arts and Sciences Council there.

Her debut novel, The Second Mrs. Hockaday, published by Algonquin Books, was a People Magazine "Best New Books Pick" and a Woman's Day "Editor's Desk Pick" in 2017, as well as IndieNext, Library Reads, Winter OKRA Picks and WNBA Great Group Reads 2018 Selection. The novel was a finalist for the Center for Fiction's First Novel Prize 2017 and for the Southern Book Prize 2018.

Algonquin is also publishing Rivers' second novel, Troublefield, due out in early 2021. Like The Second Mrs. Hockaday, Troublefield is based on true events. Calla Stout, a cotton mill spinner in 1912, is desperate to leave Troublefield, South Carolina, and distance herself from a difficult childhood, but instead agrees to enter into an unconventional marriage with the lone attorney in town. In the process she and her family are caught up in racial tensions and homophobia fanned by the business practices of the mill owners, with disastrous results.

Rivers lives with her husband in a small town in upstate South Carolina.