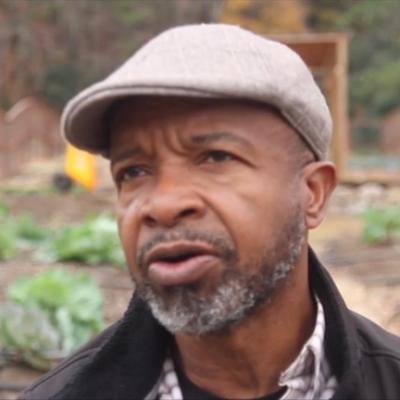 Many new oral history interviews that explore the relationship between people and the environment are available to celebrate the 50th anniversary of Earth Day, which will take place on April 22. All of these interviews were conducted by campus partners, and the Library is sharing and preserving them for future generations by including them in our digital repository, Goldmine.

As of this writing, 23 out of 61 interviews from the collection are available in Goldmine. Please contact Special Collections to inquire about access to interviews not available online.

Keeping Watch: City of Creeks includes video interviews with individuals, pairs, and groups of people about their experiences with Charlotte Mecklenburg creeks and rivers. The interviews were conducted by history graduate student Tenille Todd in cooperation with Mary Newsom, Associate Director of Urban and Regional Affairs at the Urban Institute.

The interviews were part of Keeping Watch, a three-year initiative (2014-2016) led by the Urban Institute, the College of Arts and Architecture, and independent arts curator, June Lambla of Lambla artWORKS.  The interdisciplinary project invited artists, historians, writers, scientists and environmental groups to engage the public around environmental issues.

The Queen’s Garden: Oral Histories of the Piedmont Foodshed features stories of farmers and others who grow, cultivate, produce, and distribute fresh food in the greater Charlotte region.

The interviews were conducted by students in the Spring, 2019, class Oral History and Memory, taught by Associate Professor of History Karen Flint. Interviews, along with additional student-created interpretive text and photographs, are also available on the project website.

By partnering with Atkins Library to include interviews in Goldmine in addition to standard websites, oral historians ensure the long-term preservation of their work. Not only will the interviews be available for future generations to celebrate the 100th anniversary of Earth Day and beyond, they will also be discoverable more widely through their inclusion in the Digital Public Library of America .

Photo: Rickey Hall, who was interviewed by Quinn Whittington for the Queen’s Garden project.